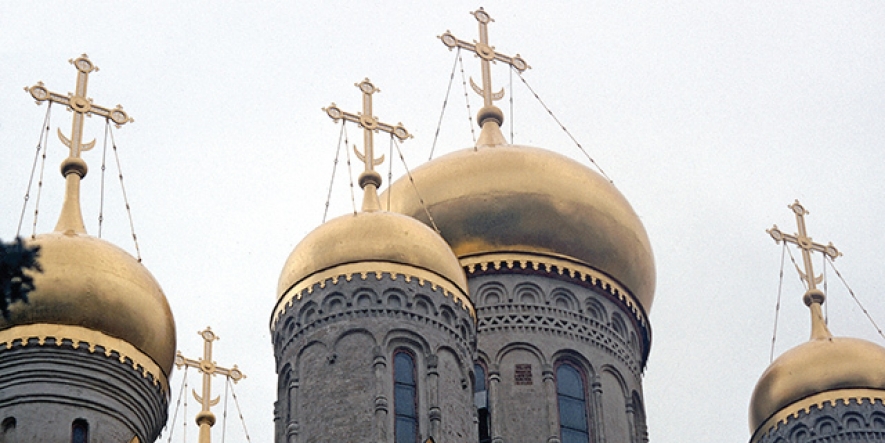 When it comes to religion in Eastern Europe, the Berlin Wall never came down

Secularization won in the West. Is it true that there’s an orthodoxy revival from Prague to Moscow? What happens to the search for God after the end of Communism

Molteni, F. (2017) Religious Change Among Cohorts In Eastern Europe: A Longitudinal Analysis Of Religious Practice And Belief In Formerly Communist Countries Religion and Society in Central and Eastern Europe (RASCEE)

Secularization is the most widespread term in Western Europe when it comes to the role of religion in contemporary society. It’s a less widespread one, however, when the focus shifts from Western to Eastern European countries. For many of those living in that region, modernization processes did not negatively affect the vitality of religious community or the public role of religion. Nor did they impact religious practices or individual beliefs. Many scholars have gone so far as to speak of a “religious revival” – a “rebirth of orthodoxy” – from Prague to Moscow. And yet, this picture does not match the latest data collected by the European Values Study – a large-scale survey research programme on basic human values. In fact, it would seem that the search for God has crumbled together with the Berlin Wall.

The advent of communist regimes: A turning point

As far as the relationship between religion and society is concerned, one cannot grasp the differences between Eastern Europe and the rest of the continent without considering the specific historical trajectory of such countries as Belarus, Bulgaria, Czech Republic, Hungary, Moldova, Poland, Romania, Russia, Slovakia, and Ukraine. The advent of communist regimes marked a turning point in the religious life of those countries.

Before communism, religion was the cornerstone of good citizenship and social order. The communist regimes imposed secularization from above, with the explicit goal of wiping out any religious tradition in the name of scientific materialism. Churches were stripped of their function in public education, religious organizations were banned and persecuted, its leaders were imprisoned, and its properties confiscated. Many religious buildings were turned into warehouses or restaurants. Religious groups became the only surviving link with the past and, in this new situation, the only opposition force.

How did individual citizens react to this deliberate attempt at eradicating religion from public space? How did the subsequent collapse of regimes affect individual religiosity? Are we really witnessing a “religious revival”? There are no readily available answers to those questions.

As far as individual religiosity is concerned, a preliminary distinction has to be made between the collective and ritual attendance of mass on the one hand, and individual and private beliefs on the other. This difference is all the more relevant as far as Eastern European countries are concerned.

Here, regime-imposed secularization may have influenced the visible aspects of religiosity more profoundly and more durably than the private aspects. If this were actually the case, two opposing trends should be observable: a rebirth of religious beliefs on the one hand, and a stagnation – if not a downright decline – of public religious practices on the other. Moreover, it is safe to assume that individuals belonging to different age cohorts manifest different religious behaviours. After all, the pressure for secularization has not been constant through time.

In particular, the behaviour of those who were born and raised in the most intense periods of repression and propaganda should still bear the signs of forced secularization. In contrast, a “religious revival” among younger generations – particularly among people who were born or came of age after 1989 – should be accompanied by a growth in religiosity – whether public or private.

Religiosity as a post-communist reaction: does age matter?

Data from the European Value Study can put these hypotheses to a test. The European Value Study is one of the sample surveys with the largest coverage in terms of number of countries and temporal extension. Two variables are considered in this analysis: the probability of going to church at least once a week – which captures the public and ritual dimension of religiosity – and the belief in the existence of God, Heaven, and Hell – which represents the private dimension.

Both variables are measured on a scale from 0 to 1.

The data partially confirm the hypotheses. A constant decline in institutional practice (i.e. church attendance) can be observed throughout the whole of the period considered, with a slowdown in the most recent years. This trend is consistent both with the regime-imposed ban on religious institutions and with the more general process of secularization that occurred in Eastern and Western European countries alike.

Religious beliefs, on the other hand, change with the evolution of communist regimes. Their intensity diminishes considerably within the group of those who were born during the rise and stabilization of communist regimes, goes back up during the middle generation (i.e. the generation of those born after 1955, and particularly after 1970), and decreases again in the generation of those younger people who did not get to know dictatorship – as if they had no need to break with their past. In general, the idea of a religious revival in Eastern Europe is not confirmed by the data.

The data presented above aggregate the responses of citizens from very different countries who nonetheless share a common experience of living under the dictatorship of a communist party. Other studies focus by contrast on national specificities. Differences in political history and religious culture may have played a crucial role in the evolution of religiosity. Figure 2 shows the evolution of the two religiosity variables in each Eastern European country, including the Russian Federation.

Trends vary from country to country, but as far as religious practice is concerned, the presence of a communist regime has had analogous effects almost everywhere – a decrease in religious practice that starts with the older generation and continues over the following two generations. The only exceptions are Poland, Bulgaria, Romania, and Russia, where a comeback of religious practice can be observed among the youngest respondents.

As to individual beliefs, both a decrease in the older generation and a revival in the immediately following generations can be observed in practically all countries. However, this revival does not extend to the later generations, with the only exception of Bulgaria and to some extent Romania.

Religiosity is weaker without restrictions to oppose

These trends should come as no surprise. Many of the religious buildings that were shut down or destroyed under the regime are still inaccessible, and attending mass is complicated. Churches are understaffed, and restoring an institutionalized religion in such a situation is very difficult. Only the deliberate appropriation of religion by political leaders has caused a rebirth of religious practice in recent times.

Private forms of religiosity were widespread among citizens as an opposition to the communist regimes. Once these have fallen, however, younger generations abandoned private religiosity as well. What is no longer forbidden or discouraged does not seem to be worth researching any longer.

Francesco Molteni is a research fellow and adjunct professor at the Department of Social and political sciences of the University of Milan. He is specialized in quantitative methods based on survey data.  His fields of research include religious transmission, the relation between religion and national identity, and the anti-immigration attitudes. He has been a visiting student at Gesis in Cologne, Utrecht University and the ISSRC (Institut de Sciences Sociales des Religions Contemporaines), University of Lausanne.

Does the euro make us feel more European?
Feminism in the discourse of right-wing female MPs
“You’re a populist!” The success of a political insult in recent UK history
Mercenaries: efficient troops or murdering savages? The changing reputation of contracted soldiers
Who's old? Redefining old age with Sergei Scherbov
Career journalists: does politics matter?
Is Covid-19 a threat to democracy?
How citizens see political parties
The unexpected guest: minimum wage in Southern Europe
A heart pumping no blood: why Italy is in a permanent (government) crisis
More
All Contributions