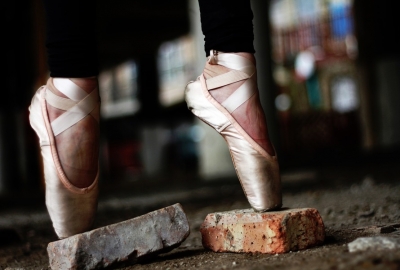 How to be a realist

How to implement our ideals without turning into saints or fanatics

Burelli, C. (2019a, forthcoming) The good and the best. Being realistic about social change, Philosophy and Society Burelli, C. (2019) A realistic conception of politics: conflict, order and political realism, Critical Review of International Social and Political Philosophy

In public debate, pleas for realism are fairly common, whether directed at the decision-making of politicians or to citizens. But what does it mean to be a realist? In the common sense, being realistic means to avoid the stubborn pursuit of unattainable ideals. In a more technical sense, however, realism amounts to a disenchanted way of looking at politics as it is, and not as it should be.

Anti-utopianism: a praise of the course of action (or: how to realize ideals)

The first sense of realism can be identified with anti-utopianism and is closer in meaning to the common use of this term. Being realistic means choosing how to act not only on the basis of a final purpose (for example, a perfectly just society), but also on the basis of possible courses of action to take. By definition, a course of action consists not only of the value of the final state, but also of the means that can be used to achieve it, the consequences that it entails, and the probability of attaining it.

Focusing on the entire course of action is essential if we are to actually achieve our ideals. Some philosophers – like Plato or, more recently, Gerald Cohen – consider these further considerations superfluous, as they are interested primarily in clarifying what justice consists of. A realist, on the other hand, believes that contemplating the ideal of justice is pointless: what matters is effectively making the society we live in more just. Ideals are justified only insofar as they can improve reality. The point is to realize the ideals, not to contemplate them.

This is why it is important to consider the course of action. Otherwise, the realization of our ideals may be frustrated. Underestimating just one of the three elements of the course of action – the final state, the means, and the probability of success – prevents us from shaping the real according to our desires. There are three types of lack of realism.

The first is that of the fanatic, who does not care about the cost of the means required by his ideal and incurs unacceptable sacrifices in order to achieve it. He is so blinded by his goal that he is driven to ignore any other interest. A historical example of this behaviour, for some, is Robespierre, who, in order to secure his authority over the minds of citizens, was willing “to pass over the dead body of his opponents”.

The behaviour of the saint also lacks realism. A saint is someone who focuses solely on the morality of the means, ignoring the benefits of possible ends that can only be achieved using “forbidden” means. Think of the use of violence. In this regard, Max Weber refers to the ethics of Jesus and St. Francis, criticizing the idea that one should never use force even to resist evil. The politician, according to Weber, must follow the exact opposite principle: he must resist evil with force, or consider themselves responsible for its spread. Niccolò Machiavelli argues along similar lines, although his thought is too often trivialized as the principle according to which “the end justifies the means”. Machiavelli’s point is not that the politician can make use of violence lightly, but rather that he or she should not exclude the use of violence a priori.

A third example of lack of realism is that of the naïve agent. In this case, the agent ignores the probability of success. To take the probability of success into account does not mean to give up on ambition. It simply means that we must discount the value of the ends depending on the probability of achieving them. Consider Obama’s healthcare reform: despite being much less “ideal” than European models, Obamacare had to be carried out in the much more difficult context of a Republican-led Congress that radically opposed public healthcare. More ambitious ideas would have been more likely to fail. And failing, in politics, is tantamount to reaffirming the status quo.

Taking courses of action into consideration involves a radical change of perspective in philosophical thinking. It entails shifting the focus from the study of reason and human desires to the study of external reality. Even if the value of the end to be achieved were entirely determined by the human will, the probability of realizing the end, the means required, and the collateral consequences would depend on external reality and could significantly alter the desirability of the end itself. Moreover, all these elements vary according to historical context. A final state of affairs may be desirable in a given context because it can be achieved without much cost and dramatic consequences. In another context, however, the same ideal may not be desirable. To quote Bernard Williams, the attempt to realize the values ​​and model of good life of classical Athens in Republican France would have come at unacceptable costs.

Anti-idealism: the importance of conflict (irrespective of ideas)

In its second sense, realism can be defined as anti-idealism, and is more deeply enmeshed in philosophical debate, both classical and contemporary. In this second sense, it is realistic to consider politics as a particular sphere of human action as defined by a specific conception of the conflict that is characteristic of political realism.

The conflict originates from two elements: on the one hand the clash between the ideas, interests and visions of the world of different individuals; on the other hand, the actors’ intention to impose their will on others. Without this disposition to impose oneself, ideas – no matter how radically different – could easily coexist without tensions. Without diversity of ideas, on the other hand, the tendency to impose oneself on others would remain latent: everyone would agree with each other. This conception of conflict presents interesting features, which a realistic political actor should necessarily take into account.

The first is the one-sidedness of conflict: all it takes for a conflictual relationship to emerge is one’s will to make an imposition upon on someone else. No matter how much one person is willing to accept the “truth” of another person’s belief, or to find a point of mediation. He or she will have to defend him/herself, or else accept the imposition.

The second interesting feature of conflict is its violent potential. A conflict always threatens to trigger a fight. The crucial point is that this violence is the ultimate level of confrontation. Imagine we have to decide who is entitled to eat an apple by playing cards, or through a peaceful procedure. Even if one wins by cards, the other can invalidate the deal and appropriate it by force. At this point defenders can only defend themselves by force or appeal to someone who does it in their place (e.g. the State).

Here, however, there is a radical – and important – asymmetry. If the passage from game to conflict is unilateral, the reverse passage from conflict to a decision procedure requires the agreement of both parties (or the intervention of an external force majeure, which pushes us back into conflict). Consider wars. A peaceful resolution is possible only if both sides decide to cease it, or if a greater (external) force intervenes to impose its end.

This reasoning also casts light on the last characteristic of the conflict, namely, its content-neutrality. The conflict is not entirely determined by the diversity of ideas, but also by the desire to impose them. For this reason, emphasizing the strength of reason in conflict resolution can lead to dangerous failures. To call yourself a realist in this second sense means never to underestimate how much the inextricable presence of conflict constrains which choices must be taken.

Migrants, 3 out of 4 know someone dead during the backway journey but try it anyway: "Supernatural beliefs make people take risks"
Does size matter? The consequences of shrinking the Parliament
Debt, GDP, and SGP: who is in charge between the Council and the Commission
What Chancellor Merkel’s coronavirus strategy can teach us about political leadership
NaspRead News, Covid-19 special edition
Usa 2020: why Trump is bound to lose (or to election rigging)
Precarious workers and unemployed people vote with their wallet, not with their guts
Discipline, intolerance, and (oscillating) institutional confidence during the pandemic: public opinion in the time of COVID-19
Behind your favorite playlists: Spotify, Apple Music, Tidal and the rest
When it comes to religion in Eastern Europe, the Berlin Wall never came down
More
All Contributions