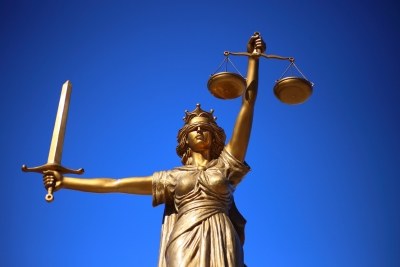 Verifying the lawfulness of government regulations takes time, and often delays the implementation of laws. Some consider this a problem, but others benefit from it

Supervising takes time. This fact is at the roots of much criticism to the Italian “Consiglio di Stato” (“Council of State”), the administrative body that ensures the lawfulness of government regulations. In carrying out its duties, the Council inevitably delays the issuing of state regulations. In some cases, however, the Council’s time-consuming supervision proves to be convenient for political actors. Here’s why.

The “second stage” of lawmaking

Parliamentary committees drafting laws and the Parliament passing them are but the “first stage” in a much longer process of lawmaking. At a later stage, laws must be enacted through administrative acts – an important but understudied political process. This is the “second stage” of lawmaking.

At this stage, ministries – individually or in cooperation – issue those administrative acts that are required to render laws effective. The more important laws usually require a number of administrative acts, which may not be approved within the expected time. Among those acts, regulations are of particular importance and must go through an “enhanced” approval process, which includes prior verification of legitimacy on the part of jurisdictional and supervisory bodies. This is where the Council of State comes into play. 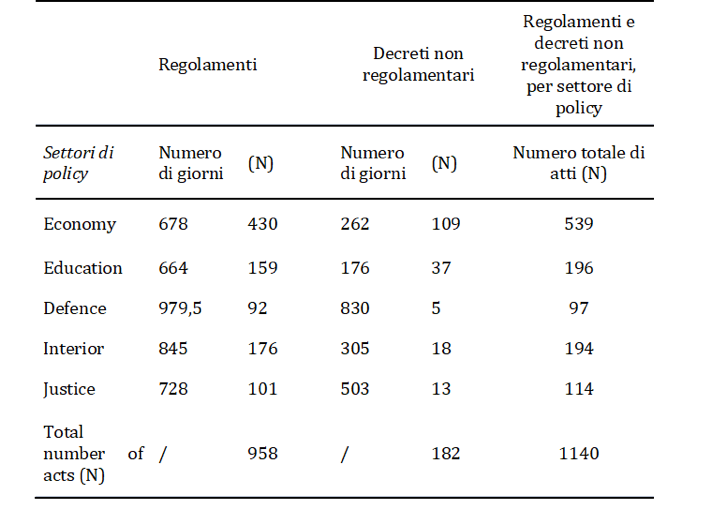 Table 1. Approval time of administrative acts: median number of days between the enactment of a law and the issuing of the corresponding acts. Data gathered from the website Leggi d’Italia (1988-2014). Types of acts considered: D.M. (Ministerial acts), D.P.R. (Presidential acts), D.P.C.M. (Prime Minister’s acts.) Acts before 1988 have not been considered. Total number of observations: 1,140.

Prior verification benefits the status quo

It should come as no surprise, therefore, that the Council of State has received sharp criticism from political actors, who demanded that it be abolished. Yet no government so far has managed to do so. In fact, the Council is one of the longest-lasting institutions of Italy’s entire political system. Since the early days of the liberal Italian state, the Council has been ensuring continuity in political administration amidst large and diversified government coalitions. This is why it has met the favour of those political forces that have the greatest interest in preserving the status quo.

When these forces would not benefit, or even risk being damaged, from the issuing of a new law, delays in the implementation process can prove convenient to them. It is always better not to issue an act than to change a profitable status quo. In this case, the Council’s time-consuming supervision is highly valued by political actors.

On the contrary, the Council’s prior verification is less desirable when political forces in government push resolutely to substantially change the status quo. This occurs e.g. in the event of a complete change in the composition of the government.

Empirical analysis shows that the likelihood of governments issuing a regulation vis-à-vis a different type of act – i.e. an administrative act that would effectively bypass the Council’s evaluation – increases as conflict between government partners over the policies to be adopted grows. In contrast, when a new government is formed consisting of completely different parties from the previous one – and therefore governing parties are particularly inclined to mark their difference from the preceding ones – the probability of issuing a regulation decreases by 55 percent, ceteris paribus. When looking for real change, steer away from regulations.

These results are based on data on regulation and other acts issued between 1988 and 2014 by five ministries: Internal affairs, Justice, Defence, Economy and Finance, Education and University – whose powers have not been affected by the 2001 constitutional reform.

The political variables – heterogeneity and government turnover – were constructed in two different but equally plausible ways. Heterogeneity was measured in terms of both the number of governing parties and the distance between those parties along multiple policy dimensions (economic intervention, administrative decentralization, civil rights, environmental protection), (Tsebelis and Chang, 2004). The turnover was measured considering both the proportion of governing parties that were previously in the opposition and the distance of a given government from the preceding one along the aforementioned policy dimensions.

Various factors were taken into account in assessing the weight of cabinet turnover and heterogeneity. First, the relevant policy area affected by the act and the presence or absence of state councillors with managerial positions in the relevant ministry. For a minister may decide to entrust state councillors with the task of carrying out prior evaluation in lieu of the Council of State.

Second, it must be noted that the content of an act cannot generally be changed by an act of a different nature. As a consequence, some administrative acts may be issued in the form of regulations that modify other regulations. Whether an act implements a law issued by a different government also matters: new governments are more likely to resort to the Council’s evaluation when implementing an act on which they have less information.

The last factor to be considered is the prestige of the proposing minister. Ministers with more experience in government are expected to resort to the Council of State less often before issuing an act compared to less experienced ones.

Elisa Rebessi is post-doctoral researcher at the Department of Social and Political Sciences, Milan University, and adjunct professor of Public Management at the Department of Political Science, Genoa University. Her main research interests concern courts and public policy. She enriched her background in public policy with rational choice analysis.

What (and how useful) European agencies are
Usa 2020: why Trump is bound to lose (or to election rigging)
What made the NGEU agreement possible? An interview with Maurizio Ferrera
“I need you, but you’re not welcome”: how the occupational inclusion of migrants in Europe has changed after the crisis
Hawks and doves: how Italian parties vote on foreign military operations
NaspRead News, Covid-19 special edition
Health and fiscal policy: European responses to the first wave of the COVID-19 pandemic
EU cohesion policy: a soulless shell
Does the euro make us feel more European?
Imperfect bicameralism: one in five bills passed by the lower house is not enacted into law by the upper house
More
All Contributions