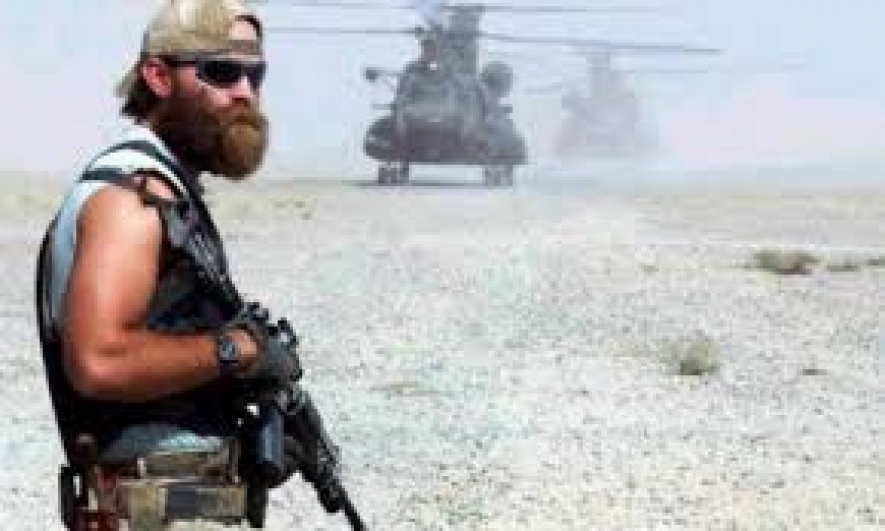 Matteo Casiraghi From Machiavelli’s “useless and dangerous” arms to Private Military Companies in Iraq and Afghanistan. What, if anything, has changed over time?

“Mercenaries and auxiliaries are at once useless and dangerous, and he who holds his State by means of mercenary troops can never be solidly or securely seated. For such troops are disunited, ambitious, insubordinate, treacherous … And this because they have no tie or motive to keep them in the field beyond their paltry pay, in return for which it would be too much to expect them to give their lives.”

Thus did Machiavelli describe mercenary armies in sixteenth-century Italy. Throughout history, other thinkers, chroniclers, and notable politicians criticized harshly those who offered military services on national and international markets. Yet history is replete with wars and conflicts in which mercenaries have played a key role on the battlefield – from the Ancient Greek mercenaries described in Xenophon’s Anabasis through the deeds of condottieri like Francesco Sforza or Federico da Montefeltro in Renaissance Italy to mercenary squads engaged in African civil wars during the Cold War.

More recent conflicts, like those in Afghanistan or Iraq, have witnessed an intensive intervention on the part of “private military companies.” These are multinational firms offering state actors a wide range of military or security services. Today, all states employ these companies in different forms and to various degrees for a whole variety of tasks – from protecting embassies to fighting on the battlefield, from ensuring the safety of merchant ships to supporting delicate counter-terrorism operations.

The tension between the enduring criticism of mercenaries and their widespread use in war scenarios has been analysed by various scholars in the past, but their conclusions have often proved uncertain and contradictory. Does any strong social “norm” stand in the way of states contracting mercenaries? If it does, when did such norm arise and how did it evolve? Does this norm apply to private military companies?

"No to mercenaries": an international social norm?

A survey of over 200 years of parliamentary debates in Italy and in the UK since the nineteenth century – along with other sources like debates in the committees on defence and foreign affairs, national papers, and party files – shows that such norm manifests itself in different ways and applies with mixed success. In the nineteenth century, European states consolidated their monopoly on the use of force, disarming all private or semi-private agencies. In this context, an anti-mercenary norm emerged and mercenaries began to be considered as a threat to state security. The consolidation of this norm is reflected in the anti-mercenary tirades that characterize the Italian and UK debate throughout the century.

When Italy and the UK finally began to contract mercenary troops, politicians and commentators tried to hide or justify what might be considered as a blatant violation of an international norm. However, this violation was never exceptional. Both Italy and the UK regularly resorted to mercenaries when military or political imperatives demanded it. War in the colonies was particularly significant in this respect. Both the UK and (to a lesser extent) Italy largely employed mercenaries in colonial wars as well as in the military management of their overseas possessions. The “social” norm was violated to conceal political involvement in colonial affairs, to free national armies from the burden of colonial intervention, and to acquire strategic advantages.

During the Cold War, the debate in Italy and the UK was punctuated by attacks on the use of mercenaries. Even then, however, pressing political urges forced states to resort to the much maligned “truppe venderecce” (“leased troops”), as the Italian dramatist and poet Vittorio Alfieri called them in his political writings. During the global war on communism and Soviet expansionism, the North Atlantic Alliance and the Western Bloc in general encouraged and supported the use of mercenary forces in Africa, Latin America, and the Asia-Pacific region to prevent decolonizing states from falling into the Soviet sphere of influence. In this framework, the anti-mercenary norm was interpreted and applied in a very politicized and inconsistent way. On the one hand, no opportunity was missed to chastise the mercenaries contracted by Eastern-bloc countries; on the other, counter-mercenaries were employed and paid handsomely in the West.

After 1991, the norm ceased to apply almost permanently as private military companies emerged. The need to attract media attention to the wars on Iraq and Afghanistan, the abolition of conscription in almost all European countries, and the generalized trust in market solutions to state problems drew states to massively employ multinational services in all security sectors. There is no question that these firms have a mercenary character. Nonetheless, since the beginning of the 2000s the attacks on the use of military companies have been increasingly disappearing from the parliamentary and media debate, which attests to a changing political attitude towards mercenaries.

The comparison between political discourse and actual political practice suggests that international norms apply in their own peculiar way. States and other actors, political or otherwise, may strictly abide by a norm and be vocal about its importance. Alternatively, they can still conform to it while being silent about it – as happens e.g. in the case of sea rescue. (There is no denying that the Italian military navy frequently engages in search-and-rescue operations in the Mediterranean, but because the relative norm is rather unpopular in the Italian public opinion, they are often kept unpublicized.) Finally, when actors violate a norm they can either try and justify their violation – thus recognizing the moral import of the norm, at least symbolically – or feel no obligation at all to defend their own actions.

Matteo C. M. Casiraghi has a Ph.D. in Political Studies from University of Milan (NASP). Currently, he is a Teaching Fellow at the Department of International Studies, University of Milan. His research interests focus on political attitudes, parliamentary debates, text-analysis, the influence of intellectuals on politics, and the history of mercenarism. His most recent articles appeared on the Journal of Global Security Studies, the British Journal of Politics and IR, and Parliamentary Affairs.

Feminism in the discourse of right-wing female MPs
Mediatization 2.0: when readers choose their news
Mercenaries: efficient troops or murdering savages? The changing reputation of contracted soldiers
NaspRead News, Covid-19 special edition
Rights, Knowledge and Truth (with Lani Watson)
Precarious workers and unemployed people vote with their wallet, not with their guts
Climate change, eco-innovations are not enough. How to spread them faster with S. Ramkumar
Migrants and integration: what the European Union can do
Lockdown: a bitter medicine (but not too much)
What Chancellor Merkel’s coronavirus strategy can teach us about political leadership
More
All Contributions